Another super quick and super-packed month! Just sneaking in here at the end of the month to share a few things that made me grateful.

Humble – Kendrick Lamar
This living legend just crept in with a blazing hot new song for us all. Kendrick is an imperfect hero (great critique here), but heroic he is indeed.

Ecology or Catastrophe: The Life of Murray Bookchin

I have been digging into radical thinkers of the 20th century. Last month was Manning Marable’s expansive biography of Malcolm X. This month, I dug into the life story of of this lesser-known but pioneering environmental thinker, who was inspired by anarchist thinkers like Pyotr Kropotkin. Though I don’t march in lockstep with all the ideas Bookchin puts forward (he was definitely not serving global intersectional feminism!), his vision is more in line with my political beliefs than nearly any other I’ve encountered. The fact that his ‘libertarian municipalist‘ approach articulated in the late 70s/early 80s is only being seriously considered and put into practice (in Rojava, Kurdistan) is a testament to how far ahead of his time he was. For a good, quick survey of his work, listen to this lecture by Dr. David Schlosberg.

For Colored Nerds on Get Out 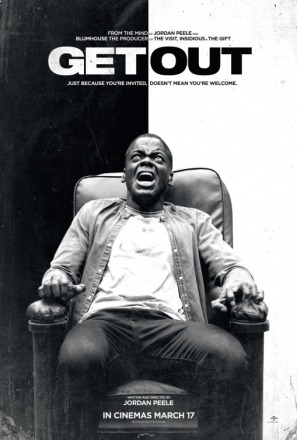 I finally got around to watching the much-acclaimed new thriller (I hesitate to call it horror) Get Out. I enjoyed it and as a long-time fan of thrillers and exploitation films I loved all the references to films like the original Night of the Living Dead, Annie Hall, A Clockwork Orange, and Rosemary’s Baby.  But my favorite part of the experience came after I left the theater, and I was able to listen to the close read of the movie on one of my favorite podcasts For Colored Nerds. Hosts Brittany and Eric devote most every episode to a deep dive on one topic and after (nearly) every episode I feel like I could talk to them for a couple hours more. They are totally my black nerd friends in my head and I encourage you to check out the episode and subscribe to (and Patreon-support!) the podcast!

If anyone finds a Lacanian psychoanalytic read of the movie, let me know. I appreciated this Buzzfeed article for more fun Get Out easter eggs!