How I Moved My Medium Over to WordPress.com 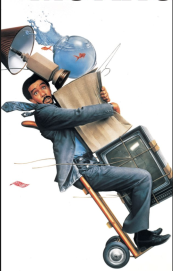 I recently decided to part ways with Blogger and Medium.

Blogger has been good to me for many years but it is clearly an un/under-maintained product that I would not be surprised to see shut down any day now. Similarly, while I like some of Medium’s tools, the closed ecosystem and the inability to edit HTML has always bothered me as a person who has been editing her own HTML since GeoCities days. So I’ve had a long overdue TODO to create my own blog.

After interacting with so many magical Automatticians at SupConf, I finally sat down and created this website. It was a fairly simple process and the Happiness Engineers (despite that unfortunate title) were super helpful when I hit weird snags (like the glaring red band at the top of the screen warning me that I needed to Verify something or other). Then came the time to move over my Blogger and Medium blogs and consolidate my longer form digital ruminations.

I searched Google for instructions on the Blogger import and it went over without a hitch.

So onwards to the Medium import I went.

The first instructions I attempted were here.  I was able to easily get the Medium ZIP export, but when I tried to get RSS Importer referenced there, it was nowhere to be found in WordPress.com. Happiness Engineer Mariah informed me,

“(You) may have seen something referring to WordPress.org, which is quite different from WordPress.com.”

She then went on to tell me that I should see a Medium importer in the list of options. However, I did not. After a long pause, she came back to the chat saying, “There’s a reasonable explanation for that… looks like we can do it for you. ;)”

Mariah then asked me to upload the Medium ZIP to my WP Media Library but I continued to get the error: “This file type is not allowed. Please try another.” So thinking that the ZIP file format was the problem, I went in and unzipped it with the intent of uploading the .html and image files I thought I’d find there. What I found made me awfully glad I checked.

It turned out that the Medium export was for nearly EVERY character I’d ever typed into Medium.

In addition to what I considered to be “my” blog, it also exported all  the posts I’d written for my company blog, as well as every comment I’d left on everyone else’s blog. Interesting in terms of a data dump but definitely not something I wanted to be vacuumed up and spit out onto my shiny new WP blog.

So once I saw what was in that ZIP, I did a clean up to include only the .html files for the posts that I wanted on my new blog. Once again, I attempted to upload my files to the Media Library and once again I got “This file type is not allowed. Please try another.” When I advised  Mariah of this she asked me to upload everything into a Google Drive folder and send her the link. I did so and she told me I should see the new posts on my blog in 24 hours.

I dutifully waited 24 hours — refreshing every once in a while in case maybe it happened even fast than that. After over 24 hours, I logged back in and reached out to the Happiness Crew.

The Successful Medium Import aka The Longer Slog

The new HE, Chris, confirmed that the import had indeed failed. I told him that I could go in and edit the .rss as well. He requested that I do so and then send the updated Google Drive folder over to help@wordpress.com. I did so and also dropped the link in the chat channel where HE Kristen told me she’d pass it along.

After two days, I’d heard nothing so I wrote to inquire on the matter.

I received a response from HE Richard telling me that the developers were still looking into my import and they couldn’t give an exact time-frame. Two days after that, I did receive a request to rate the quality of service I’d received from Chris. I didn’t know what to say. My issue had not been resolved and that wasn’t one of the three options. So I didn’t click anything.

After seven days of waiting (and seriously considering just copy-pasting the posts into the blog), I went to my blog and noticed a weird post there that I hadn’t created. Upon further investigation, I realized that the import had occurred but I’d not been notified. I wrote HE Richard and told him so, and also asked for more details

I received a response from my old pal HE Chris telling me,

“We had to do a lot of manual work on our end to make it import, so it wouldn’t be something that a user would be able to replicate.”

So it turns out the steps to import Medium blogs to WordPress.com are:

Hope this helps someone avoid some grief.